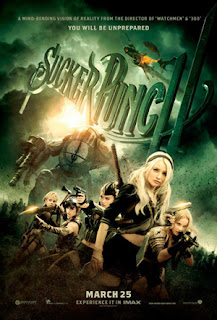 Synopsis: “A young girl is institutionalized by her wicked stepfather. Retreating to an alternative reality as a coping strategy, she envisions a plan which will help her escape from the facility.” -Warner Bros. Pictures

Verdict: Zack Snyder has a very distinctive style in film direction and this one is just as visually cool as his previous movies like ‘300’ and ‘Watchmen’. The plot, however, is disappointing and uninspiring. It’s like an effortless female version of Shutter Island with Japanese Anime influence. If you’re a dude who’d enjoy watching hot sexy actresses kick butt in video game-like special effects, this is definitely the film for you. Girls, I would suggest you to stay away from this one and let the guys/nerds have their fun.

So what’s with all the guns & the huge robot? Baby Doll’s imaginative world is just an “excuse” for the film maker to have all that action and effect-packed scenes, which are significantly insignificant in the reality of the plot. If they thought an unusual, non-Hollywood ending would make this film even more special, they were wrong.

Pick one out of the five: I was quite an “otaku” so yeah.. I’d want to be Baby Doll’s client. Cute, hot, innocent, in Japanese school uniform… yummy. 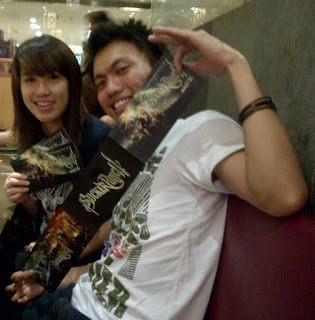 Date for the show: Li Chuen

Her verdict: “The graphic and directing style are okay but the storyline is abit off sometimes.”