There loads of complete garbage films released every single year, particularly, within the month right after Oscars when most of the worst movies of the year hit cinemas all around the world. Here in Malaysia, we absolutely love showing crappy films on big screens here. Thanks to the majority’s lack of interest in real good movies, our local film distributors are forced to take in the world’s shittiest films that are easy to market (anything with good-looking actors, typical plot and explosions) and only distribute the real good (nominated) ones during awards season (for free and more effective marketing).

There were just simply too many 2012 rubbishes released this year, including non-western ones, but one can only watch so many. I didn’t bother watching films like Alex Cross ’cause it was already bashed by hundreds of critics months before they released it here (why still bother to?). And yes, I don’t watch Malay or Indian films at all. But no one can say that this list is unfair because these films are still horribad regardless of the other worse ones this year that I didn’t see. Also, these films were not ranked only according to my original reviews and ratings. Production budget, country and experience were meticulously taken into account as well. That simply means that a film with 1.5/5 rating can still be ranked number one over the ones with 0/5 due their massive difference in production budget and the country’s experience in film making.

Well here it is, my list of top 10 worst films released in Malaysia in 2012 that I’ve seen, from number ten to the champion of all Bieber (local film distributor in brackets):

10. Mirror Mirror (Nusantara Edaran Filem)
Starting at number 10, we have the one of the two Snow White adaptations released this year. I can recall that I walked out of the cinema during the ending, angered by its cheap humour and the incredibly stupid closure. Read the review here. 9. Total Recall (Sony Pictures Malaysia)
Definitely the one of worst film remakes of all time. It just shows that movie makers should not simply mess with a not-so-old classic just because they have more advanced filming technology and a huge budget. I wonder if Arnold Schwarzenegger had anything good to say about this remake at all. Read the review here.

8. Abraham Lincoln: Vampire Hunter (20th Century Fox Malaysia)
I was deeply disappointed by this one ’cause I was really looking forward to it. The concept was actually cool and it would’ve probably been absolutely hilarious if it was a nonsensical flick. But how unfortunate that they took the lazy corny path for it. Thanks to both the director and writer, I guess. Why in the world would someone like Tim Burton be involved with this? Read the review here.

7. The Cold Light of Day (GSC Movies)
If you ever wanna see three good actors in one super poor movie, this is it. They had a veteran action superstar, a science fiction icon and the new Superman, and yet failed to come up with a passable action flick. The film is so flawed that I had to write two long paragraphs to list them out. Read the plot holes and review here.

6. The Possession (GSC Movies)
The first horror flick on the list, a couple more below. No one needs another film about a little girl being possessed, especially when it’s not even any better with the other ripoffs. On top of that, stating that the film’s based on a true story was practically a lie. Read more about it on my review here.

5. Fist of Dragon (Mega Films Distribution)
If it weren’t for its decent fight scenes and presumably low budget, I would’ve ranked this number one on this list. Unoriginal story, disconnected subplots, bad acting and many unintentionally hilarious scenes (including the ending). I really doubt that this was genuinely from the producer of Ip Man 2. Local production or not, it’s just embarrassing to even sit through it. Read the review here. 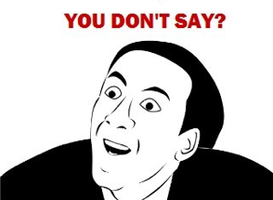 3. Devil Inside (United International Pictures Malaysia)
Many critics named this the worst film of the year. Yes, it is a poor horror flick. It’s not scary, the found footage style is not new anymore and the ending strongly indicates that they ran out of their $1 million budget halfway through production. Read the review here. Why isn’t it number one as well on my list? Well, read on.

2. Mae Nak (Rainfilm)
This one makes all Malaysian movies look good. Not only that it’s confused with its genre, every single scene in film is poorly filmed, badly written or both. It disgraced the Thai legend of Mae Nak. The film’s like a school project of an amateur who attempted to jump straight into making a 3D movie for big screen before anything else. The most memorable scene is where the unborn plastic baby doll is pulled out of Nak’s body. Hats off to the actors for being so enthusiastic with their roles. Read my full review here. 1. Battleship (United International Pictures Malaysia)
I know, I know. You must be wondering, how the hell can I have three horror flicks listed without including Paranormal Activity 4. Simple, PA4 didn’t try to fool anyone. They know you know what to expect – the same shit. Battleship on the other hand, has fooled millions and earned millions with its fancy Transformers-like trailer. Its one plot hole is enough to make the entire film unwatchable. With $209 million for budget, was it very difficult to fire the writer and get a better one? How was it possible for anyone to approve such an utterly retarded script? Two freakin’ hundred million dollars is just too much to be wasted on such garbage. You can read more on my review here. What’s next, Peter Berg? A movie based of the Uno card game? A post shared by Tones Workout | Tony Teh (@tonesworkout)